Per un passo in più - Assegna il tuo 5‰ a Melting Pot: scrivi 00994500288
Condividi
Questo articolo è disponibile anche nelle seguenti lingue:
The Italian Government has been drafting over the past week a legal document about the regularisation of migrant people. Hereafter you can find a first article commenting this draft, by avv. Paolo Cognini. The regularisation issue has turned of interest recently, once again, since we noticed that the invisible people who are exploited in the agricultural sector are essential to our economy. Even though the published text is a draft, it is possible to discuss the deep logical framework behind this text which is still not binding. The draft does not point the attention on the thousands of people sans papiers which are consequentially deprived of health care, financial and housing protection and security. Neither the draft takes into consideration the issue of the residency permits which are blocked or insecure. The draft starts with a unique evaluation strictly conditioned by the economic interest, that is how many migrants’ arms the Italian productive and agricultural system need. Starting from this sad assessment, which is unacceptable in a civil country, it is possible to define the quantity of migrant people destined to regularisation. And what about all the others? The starting point of the draft is: “In order to face the lack of workers in the agricultural, breeding farms, fishing and aquaculture fields, consequently to the health risk related to CO-VID19 spread […]”. Therefore, regularisation would only concern these working relationships. It is unreasonable to propose such a limitation when the issue of irregular migrant people – which is the result of absurd legal rules – refers to migrants who are mostly gathered in metropolitan areas and consequently could not benefit from these guarantees. In fact, the draft only concerns employment contracts in the agricultural, fishing and aquaculture fields. This exploitation-related logic cannot belong to a democratic Republic as the one defined in the Italian Constitution. What could such a regularisation ever change if compared to the hundreds of thousands of sans papiers migrants? Which speculation mechanisms would be involved when the value of an agricultural contract would raise to a priceless level in the regularisation market? Which traffics and tensions would that determine? Another undeniable limitation consists in claiming that the working contract should necessarily be a fixed-time one, lasting no more than one year. This law-compelled limitation is not sensible because the draft implies a precarious working contract. Nor is it coherent with the rhetoric fighting the caporalato underlined by the draft itself. Even the regularisation procedures are unclear; in fact as regards the residency permit it is stated as follows: “The residency permit, following the favourable output of the proceeding indicated at clause 11, can be renewed in the case of a new work opportunity offered by the same or by a different employer, until the deadline of the new working relationship. Should the contract not be renewed, the regulations stated at article 22, clause 11, DLgs 25 July 1998,n. 286 and following modifications will be applied. It is a blurry draft clause. In fact, if a residency permit is released for working reasons, nothing else has to be specified, as claimed in the “Testo Unico”. What becomes suspicious is that the specification refers to another logic, that is limiting regularisation, thus introducing a sort of extraordinary sans papiers regulation. Should that hypothesis be true, it would be a serious issue since this paragraph might lead to interpret that the permission could be renewed just once. And then, what happens once the formal requirements are no longer valid? The hypothesis might be interpreted as a hybrid residency permit, closer to the seasonal permit. It is not clear either why the employer cannot be any entrepreneur having a regular residency permit who runs his business in Italy and possesses the legal requirements to employ someone.

“The kind of regularisation drafted can lead to deep criticisms, since the Government proposes the same mechanism by which the amnesty is a consequence of having a working contract which, as it happened in the past, will lead to a proper working contracts market”.

Moreover, this solution is not proportioned to the real problem of the hundreds of thousands of sans papiers people and to all the other thousands which are in extreme precariousness, due to the complexity of the permit renewal determined by the current health emergency. Related to what we said, we are facing an absolutely not adequate and deeply unfair regularisation proposal. – Leggi il testo della bozza di legge del governo Bozza di legge – Dichiarazione di emersione di rapporti di lavoro 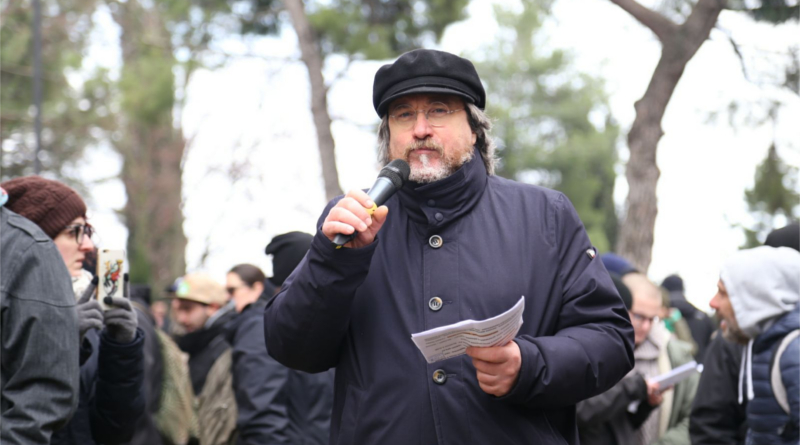 The island of Lesvos under pressure from the Coronavirus, the militarisation and the neo-Nazi attacks