In January, when we were first here in Moria, the freezing cold and the rain pouring down on this hotspot camp seemed to be the worst of enemies, together with the lack of electricity, the fact that it was impossible to wash and the rotten food.
Spring should have sent away, together with the rainy clouds, the difficulties of this past winter, allowing the inhabitants of Moria to lead a less dramatic life. Sadly, what has happened is that a large number of volunteers and workers has had to abandon the island because of the fascist attacks. Moreover, now there is great tension also because of the fear that an epidemic of coronavirus could break out.

The Covid-19 is a serious problem for the camp of Moria and, after the first case has been confirmed, the personnel of Doctors Without Borders, which has resumed all activities, is visiting the tents explaining in different languages how to protect oneself and try to prevent contamination. The fact is that in Moria it is almost impossible to stick to hygienic recommendations and to prevent contamination. When the sanitary rules instruct to keep some distance from others, use disinfectants and wash one’s hands often, the question that many migrants ask us is “how can we prevent contamination if we are forced to live in small, rough tents? How can we wash our hands and maintain a correct hygiene if we do not have any soap or water?”. According to MSF (Doctors Without Borders) there is a sink every 1,300 people. Often that sink doesn’t work all day. “It would be impossible to contain an epidemic in settlings like these in Lesvos, Chios, Samos, Leros and Kos. To this day, we haven’t seen an emergency plan that could actually protect and treat the people living in camps should there be an epidemic” says doctor Hilde Vochten, medical coordinator for MSF in Greece.
It seems, then, that there are human beings that are more important, and therefore need to be safeguarded through the enactment of any kind of prevention and urgent, drastic measures, while the less important ones can risk being contaminated, and are left to live in inhumane conditions. The only way out, also according to MSF, would be the immediate evacuation from all the camps on the Aegean islands.

The virus is only the last crisis to burden the lives of the migrants living in Moria, seeing that what caused strong tensions and fear for both migrants and volunteers have been some local citizens supported by the neo-Nazis of Golden Dawn and other fascist organizations which have come in from Athens and other European cities. They have started with intimidations, continued with arsons and beatings in the daylight, until they created checkpoints to look for people sympathetic to the migrants and people working with them.
The anger has increased mostly because of the decision taken by the government to build new detention camps for the refugees, a political choice that has revealed what was already clear, but unaccepted: the migrants’ presence on the island isn’t going to be temporary but permanent. The islanders didn’t like this imposition, so they have mobilised attacking first the police. The local far-right managed to take advantage of these frustration, pointing to the migrant as the culprit and redirecting the hatred towards the activists and the NGOs, that have become targets, with outcomes such as the recent arson of the One Happy Family structures.

Another impediment to the NGOs’ activities has been the island’s militarisation, which is continuing massively and hasn’t remained exactly undetected. On the 2nd of March, Greece has started a training of its armed forces along the eastern coast of the island, the one facing Turkey. This is a move that prevents the monitoring activities in that part of the border. Many activists think that this is a way for the Greek and Turkish Coast Guard to act undisturbed and to keep up their illegal behaviour towards the migrants.

Interview to Flo of Mare Liberum

In the meantime, inside the camp of Moria the constant development hasn’t stopped: the migrants, thanks also to the nice weather, are organising to build steady structures, such as a mosque that is going to be used also as a school for the kids; the ovens used to cook bread are increasing in number every day and the part of the camp run by Movement on the Ground has been provided with an electrical generator that finally provides electricity for at least some hours every day.

The organization of life in Moria is evolving not only from a survival point of view, but also from a political point of view. The different communities that exist inside the camp are beginning to communicate with one another in order to organise demonstrations more frequently. This growing consciousness that their voices need to be heard louder and louder has been met with an always harsher response by the police, which represses any kind of demonstration.

A clear example has been the last demonstration, on the 2nd of March, that has seen the riot control police using tear gas heavily against the first lines of a spontaneous demonstration. Only a small number of websites have reported the news: Moria appears and disappears mainly because that is what the mainstream media want.

Also in many NGOs the feeling is that the only way to overcome this dark time is a clear response to the violent actions perpetrated by the government and the neo-Nazi groups, without falling back. Pikpa, by Lesvos solidarity

Today’s demonstrations have a strategic importance: they need to show an anti-fascist, supportive response to violence, but also to show support to the people that have decided to stay in Moria and to continue their fight against the illegal detention of migrants and for the migrants’ rights.
It is therefore important to support these demonstrations and to ask for the immediate evacuation now that the coronavirus seems to be spreading on all the islands. 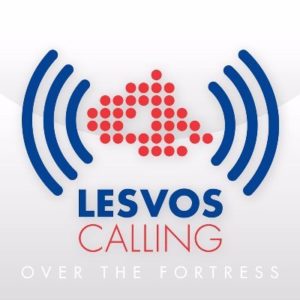 Turkey is not a safe country. And Greece neither

An open field. Migration policy in a new political scene